Trojans, malware and spyware can steal your private data and compromise your security – Protect yourself with TrojanHunter® 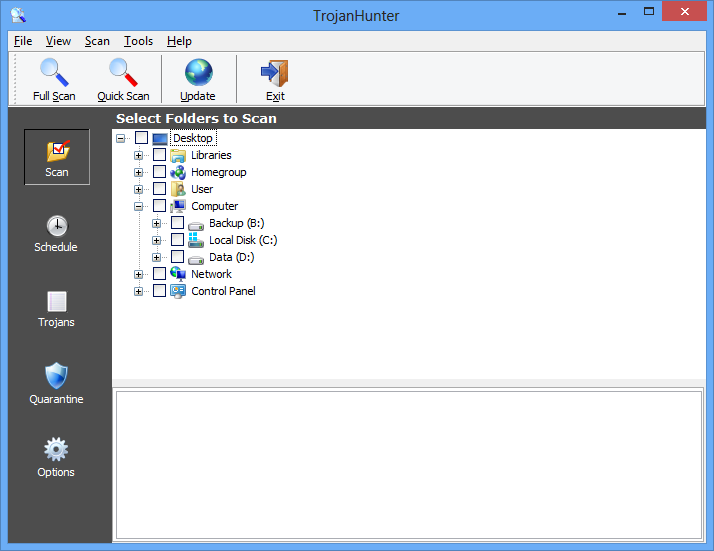 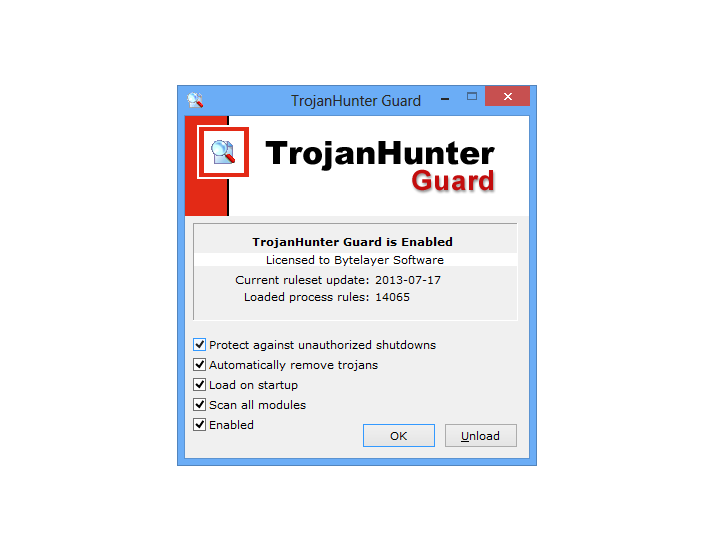 TrojanHunter is an advanced malware scanner that detects all sorts of malware such as trojans, spyware, adware and dialers. Just some of the features are:
TrojanHunter searches for and removes trojans from your system. With an easy-to-use Scanner and a Guard that scans in the background TrojanHunter is a must-have complement to your virus scanner. If you are downloading files from the Internet, you need TrojanHunter!

The current version is TrojanHunter 5.5
Price (single user license): US$ 39.95